William Edward Gibbard enlisted into the Oxfordshire and Buckinghamshire Light Infantry in October 1939. He then volunteered for airborne forces in 1943.

Private 'Bill' qualified as a military parachutist on course 71 which ran at RAF Ringway from 5 to 17 July 1943 and was posted to Mortar Platoon, Support Company, the 2nd Parachute Battalion. The course instructors’ notes record ‘good performer- potential NCO’.

He participated in the sea landings and fighting around Taranto in Italy in September 1943.

On 17 September 1944 the 1st British Airborne Division was dropped into Arnhem for Operation Market Garden. The 2nd Parachute Battalion reached the bridge and held it for three days under constant attack. Pte Gibbard became a prisoner of war, and was held in camp Stalag 12A in Limburg Germany. 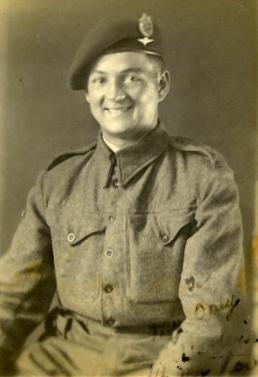