William Arthur Dobson was the son of James and Elizabeth Dobson (nee Lindley) and was born in September 1918, in Ferrybridge, Yorkshire.

Private Dobson originally enlisted in the Prince of Wales' Own West Yorkshire Regiment, before transferring to Airborne service with 12th (Yorkshire) Parachute Battalion. He took part in the D-Day landings to Normandy, during Op Overlord.

Private Dobson died on 6 June 1944, aged 25 years old. He is now buried at Ranville Churchyard, close to the nearby War Cemetery, in Normandy. 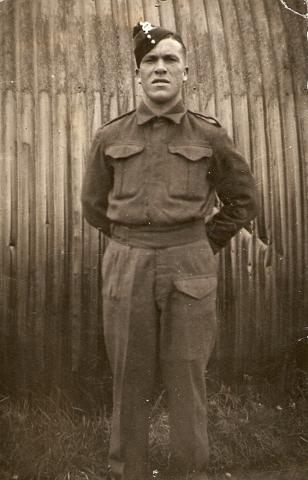