After enlisting in the Army, Jock joined the 1st Airborne Divisional Provost Company virtually from its formation. He served as the Warrant Officer I in the Provost Company and developed a reputation as a firm but approachable person duiring its first two years. In 1943, he was granted an emergency commission as 2nd Lt.

By 1944 he had been promoted to Acting Captain and appointed Officer Commanding HQ Section, a move welcomed throughout the Company.

He took part in the Battle of Arnhem, during Operation Market Garden, attached to Divisional Headquarters. Jock Gray was seriously wounded while attempting to withdraw with the remains of his section to the Rhine on the night of 25/26 September during Operation Berlin.

Captain Jock Gray died of his wounds in St Joseph Mental Hospital, Apeldoorn, on 29 September 1944 aged 31 years old, and buried in the adjacent cemetery. He is now buried at Oosterbeek War Cemetery, Arnhem. 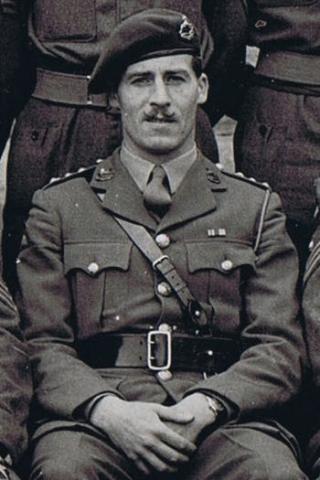