Private William Ayres, son of Charles and Edith Ayres, served with the Army Catering Corps, and was attached to 1st (Airborne) Battalion, Border Regiment. He took part in the Battle of Arnhem, during Op Market Garden.

Private Ayres died on 20 September 1944, aged 36 years old. He was initially given a field burial near Sonnenberg House along Hoofdlann, before being reinterred at Oosterbeek War Cemetery, Arnhem. 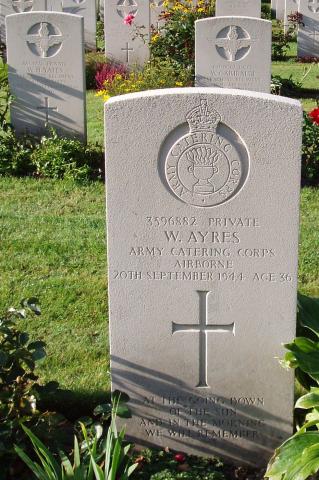