Wilfred Sykes enlisted into The West Yorkshire Regiment on the 5 February 1935. [1]

As a Sergeant serving with the 1st Battalion, The West Yorkshire Regiment, then stationed in India, he volunteered for Airborne Forces and joined the 151 Parachute Battalion. He did Parachute Course 04 at Chaklala, 22 December 1941. [3]

He went on to become the Company Sergeant Major of ‘C’ Company.

Wilfred took part if Operation ‘Slapstick’, which was the naval landing of the 1st Airborne Division at the Southern Italian port of Taranto in September 1943.

He returned with the 156 Parachute Battalion to England in late 1943, and in early 1944 he was billeted in Newport Lodge at Melton Mowbray in Leicestershire.

On Monday, 18 September 1944 he flew from Saltby aerodrome aboard a Dakota aircraft (C/N: 633) of the 314th Troop Carrier Group, USAAF bound for DZ ‘Y’ (Ginkel Heath), to the North-West of Arnhem in Holland as part of Operation ‘MARKET’.

He is mentioned several times in ‘Men at Arnhem’ by Major. Powell (alias Tom Angus) as CSM. Huggins. However, it does not mention about him being wounded, but only up to the encounters with the Polish troops coming off of LZ ‘L’ on Tuesday, 19 September 1944.

However on page 192 of ‘Delhi To Arnhem’, by John O’Reilly, it describes the actions of those elements of ‘C’ Company in the woods South of the railway line near Wolfheze on Wednesday, 20th September 1944: ‘A short time later Kenyon-Bell’s platoon came up against a strongly held German position. The men took what cover was available and CSM Bill Sykes led a flanking attack against the Germans. The enemy had both firepower and ammunition to spare in this engagement and swathes of machine-gun fire swept over and through the platoon. Sykes went down with a bullet wound and Kenyon-Bell sustained his second wound of the day. As he lay bleeding, Kenyon-Bell called out that it was every man for himself, one of the most unpleasant orders an officer has to give.’

Wilfred was transported by the Germans to a medical facility at Apeldoorn – St Joseph Psychiatric Hospital – where he was registered by the German medical staff as having died of wounds on the 26th September and buried in grave 11 of the temporary cemetery, Allied plot. Whereas he survived the war and clearly someone else was buried under his name. [4]

He left Apeldoorn on an ambulance train on the 6th October 1944, bound for a POW Camp in Germany.

When he arrived at Stalag 11B, at Falingbostel he was listed as having a ‘gun shot wound’ to his left arm. He was given the POW No. 118831.

He was released from captivity on the morning of 16 April 1945, by advanced elements of the 8th Hussars of the British Army. He returned to England on the 24 April 1945, and was discharged from further military service for ‘ceasing to fulfil Army Medical Requirements’ on the 31 March 1947. [2] 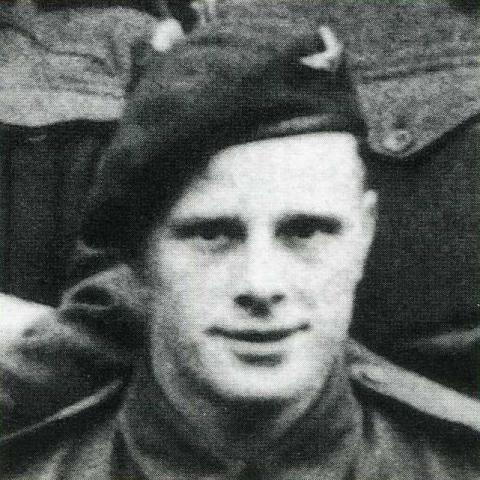