Wilfred Norman Howard was the son of Norman and Charlotte Howard, of Liverpool.

He was enlisted into the Royal Artillery and served with X Troop, 2nd (Oban) Airlanding Anti-Tank Battery RA during the Battle of Arnhem.

Gunner Howard was killed while the remains of the battery defended positions at Oosterbeek against heavy German opposition on 21 September, aged 20 years. He was initially given a field burial in the garden of a bungalow beside Utrechtseweg, Oosterbeek, and is now buried at the Arnhem-Oosterbeek War Cemetery in the Netherlands. 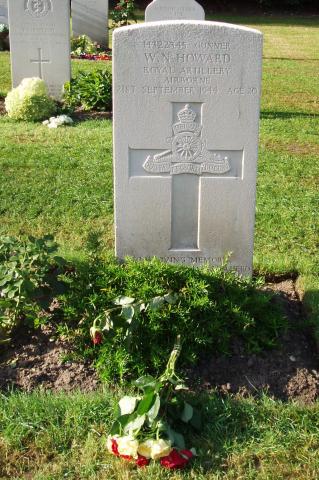