After training at Hardwick Hall, Bill attended RAF Ringway for Parachute Course 71, which ran from 5 to 17 July 1943. The course cadre, which comprised of 224 trainees, maintained a good morale in spite of four days delay between the 1st and 2nd balloon descents and reports of two fatalities. Each student was required to complete eight descents, including 3 from balloon with one at night. The course instructors' notes record that  Bill "worked well throughout and jumped well in sticks."

On qualifying as a parachutist he was posted to the 8th Parachute Battalion, which formed part of the 6th Airborne Division and was preparing for the invasion of Europe.

He later transferred to 156 Parachute Battalion and parachuted close to Arnhem, as a part of the 1st Airborne Division's assault to capture the Rhine Crossings during Operation Market Garden. The battalion made an opposed drop onto the Ginkelse Heide against enemy fire, as part of the second lift, on Monday 18 September 1944.

‘Bill’ was captured during the battle and held as a Prisoner of War at Stalag IVB Mühlberg (POW No. 91450), until its liberation in 1945.

On the 12th April 1946 he transferred back to the Royal Warwickshire Regiment. 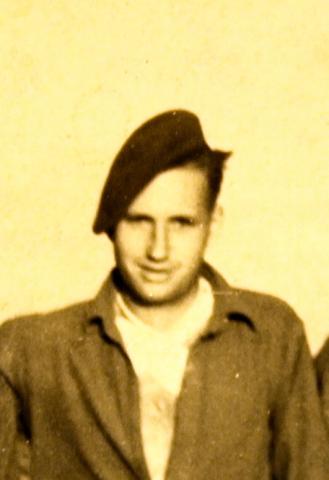