Wilfred Harold Baggaley enlisted into The Royal Artillery and volunteered for airborne forces in November 1943.

Pte Baggaley qualified as a military parachutist on Course 96 which ran from 16 to 30 December 1943, his course report states: ‘Good all round ability, worked very hard.’

He was initially sent to the Holding Battalion before being posted to the 8th (Midlands) Parachute Battalion.

Pte Baggaley saw active service with 8th Para Bn until he was demobbed in June 1946. 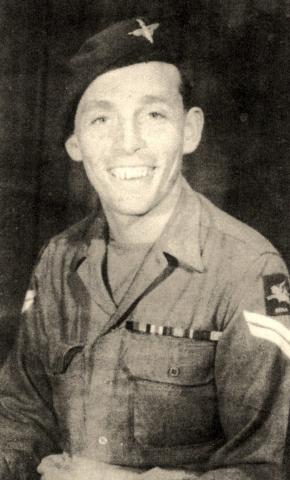