Bill was born on 13 August 1925 in Castlebar, Co Mayo, Eire. He was the youngest of eight children (3 boys and 5 girls). His father was a Bank Manager with the Bank of Ireland and the family moved around the South of Ireland for much of Bill’s childhood. After leaving school in 1943 he was employed with Henry Campbell & Co, Flax Spinners, in Northern Ireland until he joined the British Army in 1944.

In 1945, having passed the War Office Selection Board, he went to Pre-Officer Candidate Training Unit in Wrotham, Kent before moving on to Officer Training School in Bangalore, Southern India. On completion of officer training he was commissioned into the Royal Inniskilling Fusiliers and joined the 1st Battalion in Rawalpindi the same year. From 1948 through until 1950 Bill remained with the Battalion firstly fighting the Communist Terrorists in Malaya and then subsequently based in Jamaica.

In 1950 Bill volunteered for the Parachute Regiment, and having passed P Company joined 3 Para in Aldershot. In the same year Bill married his first wife Yvonne. In 1951 he sailed with 3 Para on HMS TRIUMPH to Cyprus to emplane and drop on Abadan but the operation was called off. After 3 months in Cyprus the battalion then moved to the Canal Zone in Egypt where troubles had broken out. Bill remained with 3 Para in the Canal Zone from 1951-54 and whilst there he completed the Company Commanders’ course in Warminster (A grade) and his daughter, Peta, was born in Feb 1952.

1954 Bill then rejoined the Inniskillings, this time the 5th battalion as the Adjutant and passed the Staff College examination. 1962 Bill was re-appointed to Warminster as an instructor in Company Commanders Wing before it was renamed the All Arms Battle Course. It was during this period that he met his second wife, Susan, and they married on 26 March 1964.

In 1964 Bill was appointed as 2nd in Command of 1st Battalion Royal Inniskilling Fusiliers, based in Gravesend and then in Berlin, where he found himself commanding the Queens Birthday Parade as well as being responsible for the guarding of Rudolph Hess at Spandau Prison.

In 1968 became the first CO of the newly formed 1st Battalion Royal Irish Rangers. Bill was awarded the OBE on relinquishing command in 1969.

Between 1969-71 Bill was once again posted abroad, this time to Singapore, on the staff of Commander in Chief Far East. In 1975 the family returned to the UK briefly for Bill to undergo language training and Defence Advisor (DA) courses before becoming the DA in Kuala Lumpur in 1976 where he served until retirement in 1980.

After leaving the Army, Bill became a self-employed Financial Adviser for Abbey Life achieving top results in the company in 1987.

Susan his second wife survived him until 2000 and his three sons all joined the British military, whilst his daughter now lives in South Africa.

Throughout his life Bill was a very keen sportsman. Golf was his passion from an early age and he attained a single figure handicap before he left school, was a longtime member of Piltdown Golf club in Sussex, and in later years was a member of the Seniors Golf Society. He was also a very competent tennis and squash player. He lived life to the full, was a hard taskmaster (known as the ´Humdinger´ in his regiment) but above all a loving father and utterly devoted family man. 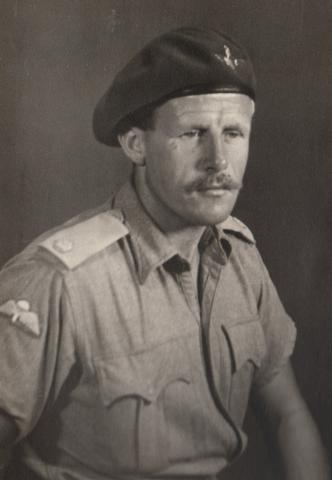