Pte Walter Stevens,worked as a van driver in County Durham before enlisting into the Army in October 1942. He served with The Royal Warwickshire Regiment and later volunteered for airborne forces.

He attended Parachute Training Course No 81 which ran at RAF Ringway from 6 to 16 September 1943.  The course cadre comprised of 167 personnel who completed 1225 descents. The instructors' notes record that Walter made a 'very satisfactory performance' on the course.

On qualifying as a military parachutist he was posted to B Coy, 8th Parachute Battalion.

He fought with the Battalion throughout its campaigns in North West Europe including Normandy, the Ardennes, the Rhine Crossing and the Advance to the Baltic.

He also served in Palestine and for the last four months of his service was posted to the 4th Battalion until May 1947.

Walter was transferred to the Army Reserve in July 1947 after taking his discharge leave.

By ParaData Editor with the kind assistance of Mark Griffiths 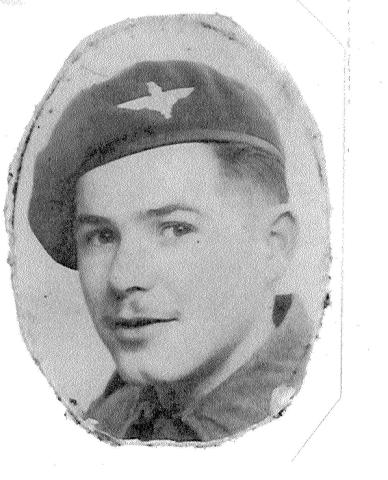