Records indicate that L Cpl Secrett was among men from 10th Parachute Battalion who had reached a mile marker 6 kilometres from Arnhem on Amsterdamseweg, about 1000 yards west from a junction with Dreyensweg. They also had a Glider Pilot, Sgt Huxley in their party of nine men. 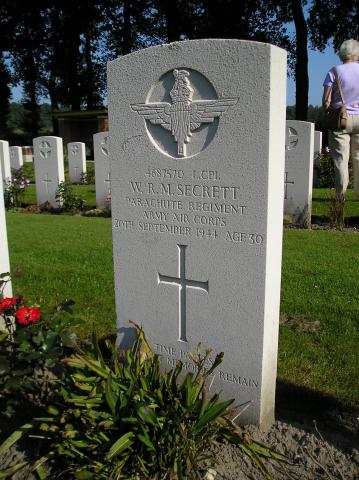