Walter Ronald Foster, Son of Walter and Daisy Gertrude Foster, of Hartshill, Stoke-on-Trent, enlisted into The Royal Artillery during The Second World War.

He then transferred to The 53rd (Worcester Yeomanry) Anti-Tank Regiment which was redesignated as an Airborne Airlanding Light Regiment RA in 1943. 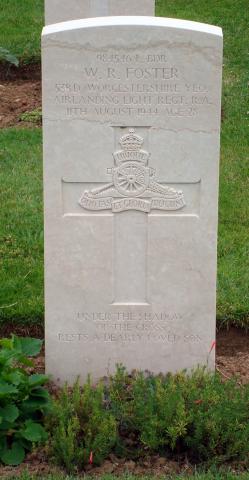