Walter Pelling son of Arthur and Elizabeth Pelling and husband of Rosina Pelling, of Blaydon-on-Tyne, Co. Durham, enlisted in April 1939 in the Hampshire Regiment.

In 1940 he transferred to The Royal Artillery and served in a searchlight battery during the Battle of Britain followed by service in Nigeria.

Private Pelling volunteered for airborne forces in 1944 and undertook parachute training course 114 at RAF Ringway which ran from 1 to 12 May 1944. The course instructors’ report stated: ’Pte Polling [sic] Worked hard and cheerfully with good results.’

After a period at No1 Airborne Forces Holding Unit he was posted to the 13th (Lancashire) Parachute Battalion (13th Para Bn) and took part in the 6th Airborne response to the German counter-offensive in the Ardennes, during Winter 1944-5. Where his brother George also fought with the 2nd (Airborne) Battalion, Oxs and Bucks.

Pte Pelling was killed on the first day of the Battle of Bure, when A Company, 13th Para Bn advanced into Bure, after a costly three day battle, the Germans were ejected from the village. 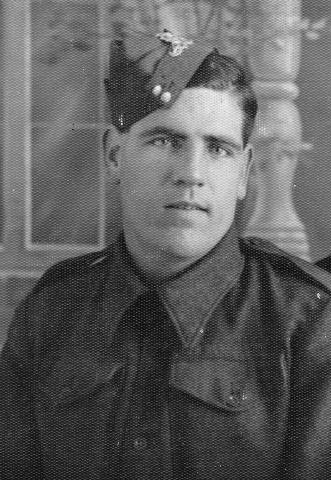