Walter Molineux Freegard of Middlesborough enlisted into the Royal Armoured Corps in 1937, but left to run the family business when his father was taken unwell.

Walter re-enlisted during the Second World War into the Royal Army Service Corp, and requested a transfer to The Glider Pilot Regiment in early 1943. Due to rumoured delays in training Pte Freegard volunteered for The Parachute Regiment.

Cpl Freegard qualified as a military parachutist on course 57, which ran at RAF Ringway from 22 March to 11 April 1943. The course instructors’ notes record: ‘Keen and efficient. Average.’

Cpl Freegard jumped into the South of France on Operation Dragoon from the second pathfinder aircraft and landed on the drop zone. He served in Greece and Palestine with 6th Airborne Division and was demobbed in September 1946.

Walter returned to Middlesborough where he married Stella and had his son, Simon. He had a long career as a teacher and was awarded an OBE for services to education in 1978, retiring in July 1980.

In 2010 Walter Freegard was awarded the Légion d’Honneur, for his part in Operation Dragoon by French President Nicolas Sarkozy, at the Royal Hospital, Chelsea.

By Wendy George with assistance from Bob Hilton 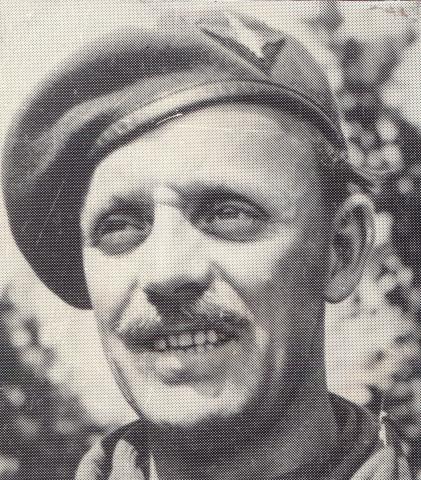