Service included BAOR and as part of 6 Airborne Division deployment to Palestine.

He was discharged (at own request) 3 April 1950 having reached the rank of Sergeant.  He had served 5 years and 210 days with the Colours. He later went on to run a grocers shop and work for British Telecom before retiring to Appleby-in-Westmoreland.  He sadly died 2011 with his daughter by his side.

Created with imagery and information kindly supplied by R Deane. 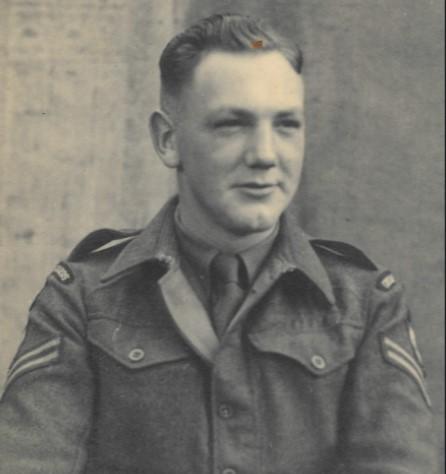