Lance Corporal Wallis Mahlon Jackson was the son of Albert Edgar and Sarah Adelaide Jackson, of Meanwood, Leeds Yorkshire. He served with 9th Field Company (Airborne) Royal Engineers and took part in the ill-fated Op Freshman mission to sabotage the German development of an atomic bomb at the Vermock Heavy Water plant in Norway. 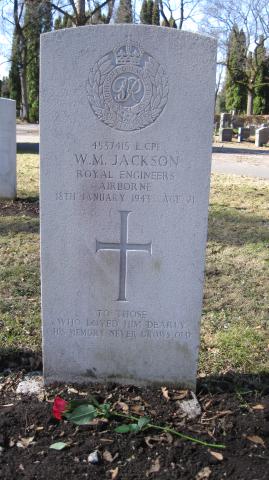