Vivian Jenkins was brought up in Pontypridd, South Wales. Capped for Wales at Rugby at Under 15 and Secondary Schools level.

Joined the Army in 1940 (Royal Signals) before volunteering for service with the airborne forces.  Vivian successfully conducted his parachute training at RAF Ringway on Course 114. This course ran from 1 to 12 May 1944. It consisted of 4 Officers and 157 ORs. He was posted to 6 Airborne Divisional Signals.

Vivian parachuted into the area of Hauger-Ranville at 1am 6 June. Divisional HQ was established in Le Bas de Ranville at the chateau. In the war diary it is noted that Lt Jenkins was injured in the shoulder on 16 June. It is believed that he was injured when his Jeep hit a mine. Vivian was returned to duty on 18 June.

He served in the Ardennes and Holland from December 1944 and was awarded the MBE for his service there (London Gazette 21/06/45). He parachuted into Germany in March 1945 for the crossing of the Rhine.  By VE Day his unit had advanced to Wismar where they linked up with Russian troops.

After spells in India (jungle training for war in Far East) and Palestine (peacekeeping operations) he left the army on 12 September 1946. In peacetime he worked for the Home Office Children's Department Inspectorate and became the first Director for Social Services for South Glamorgan. 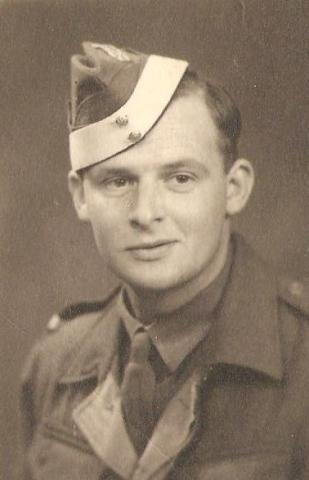