Vincent was born in Doncaster in 1926, the youngest son of a large family. His father was a coal miner, though he had to give up working on the coal face due to lung problems and moved to the pay office at the mine.

Vincent was described as a keen student at school. Sadly his mother died when he was about ten. His father moved Vincent and his youngest siblings to Barnet, thinking that a move south would improve their chances in life.

During the war his father died and so the children were taken in by their brother Joe and his young bride. In 1942 Vincent enrolled in the ATC, wanting to join the RAF when he would be old enough to play his part in beating Hitler.

By 1944 the RAF didn't need him so he enlisted in the Army into the Bedfordshire and Hertfordshire Regiment. After officer training in Bangalore he was granted an emergency commission on 24 August 1946 and served as a 2nd Lieutenant in the Royal Fusiliers (City of London Regiment). He volunteered for airborne forces and was posted to 6th Parachute Brigade HQ, later serving with the 16th Parachute Battalion. While with the 16th Bn he was promoted to War Substantive Lt on 25 February 1947.

He returned to the UK attending Parachute Course 218 at RAF Upper Heyford, which ran from 9 June to 25 June 1947.

Vincent, was then posted to 3rd Parachute Brigade HQ in Palestine, part of the 6th Airborne Division, which was a major element of the British security forces. Faced with the unenviable task of upholding the law in a lawless country, the individual British soldier had to face continual opposition from a hostile Jewish community.

The army was a major turning point in his life, both giving him the name Dave that most people will know him by, and his love for motorcycles which dates from his days as Transport Officer at Nazareth, Palestine.

The 3rd Parachute Brigade HQ was disbanded in January 1948 and Vincent returned back to the UK, taking 79 days block leave before demobilisation in May 1948.

As soon as he left the Army he went to work at Norton Motors at the Bracebridge Street factory in Birmingham. He stayed there for a year and then moved down the road to BSA where he remained for another 12 months.

In 1950 Dave joined Gus Kuhn at his south west London business. His association with Gus Kuhn came through his friendship with Dick Hullett, who was a fellow para. Dick's father was the advertising manager of 'Motor Cycle' and he knew Gus was looking for someone to manage his business.

There Dave took a shine to the boss's daughter, Marian, and they were married in September.He tried racing in the early 1950s. His machine was the 250cc Rudge on which Roland Pike finished fifth in the lightweight TT, though that was sold when he got married.

In 1952 he had three outings on a 500 Manx Norton belonging to the firm. As Gus took more of a 'back seat' at his company, Dave took the business from strength to strength, though he always found time for a round of golf or a game of tennis.

Gus passed away in 1966, leaving Dave and Marian in charge of the company.In 1968 three significant things happened. Norton announced their new model, the 750 Commando, Dave went to the Barcelona 24 hour race with his friend Stan Shenton (of Boyers of Bromley) and there he met a promising young rider called Mick Andrew.

Dave wanted to go racing again! Stan gave him the idea, the Commando seemed an ideal model and Mick would ride it.So the Gus Kuhn race team was formed. The first race at Lydden was a great success and he decided to buy 350 and 500 Seeleys to give Mick extra rides. Other riders joined the stable and the racing story is covered on the Gus Kuhn website.

By the end of the 70s racing was changing and becoming too expensive. The publicity it had brought to the business and Dave's management meant that the company continued to be successful, but by the end of the 80s he was thinking of retirement (and golf!) and so sold the business to Wheels International in 1989.

Marian Davey died in 2003. Parkinson's disease took it's toll in Dave's latter years and sadly he passed away in January 2010. 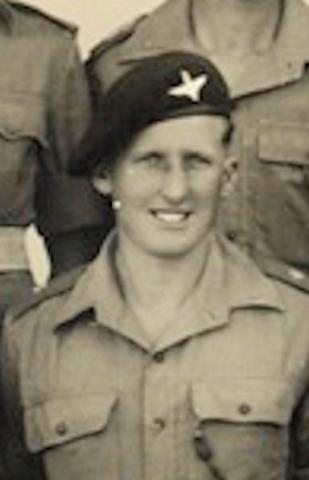