Lance Corporal Trevor Louis Masters was the son of Harry and Lucinda Masters, and husband of Teresa Jane Masters, of Cobh, County Cork, in the Irish Republic. He served with 9th Field Company (Airborne) Royal Engineers. He took part in the ill-fated Op Freshman mission to sabotage the German development of an atomic bomb at the Vermock Heavy Water plant in Norway.

Lance Corporal Masters was amongst those killed whilst a Prisoner of War on 24-5 November 1942, aged 25 years old. His body was dumped at sea and never recovered. Lance Corporal Masters is now commemorated on the Memorial to the Missing at Brookwood Military Cemetery, near Pirbright, London. 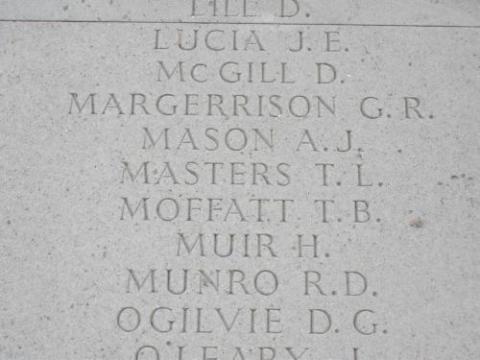