Corporal Thomas 'Tom' Simpson served with Airborne Forces in the 1950s and 1960s.

Tom joined the Army in the early 1950s, serving with the East Yorkshire Regiment until 1954. He transferred to The 2nd Battalion The Parachute Regiment (2 PARA) in 1958, serving in Cyprus during six years with the Battalion until the mid-1960s.

In 1964, he transferred to 22 Special Air Service and took part in deployments to Borneo and Aden during the following five years.

Tom returned to the Parachute Regiment in 1969, and served his final year on service as a Corporal with The 1st Battalion (1 PARA), before leaving in late-1970. 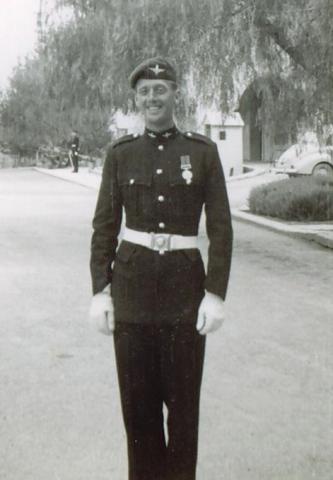