Thomas Sanderson enlisted into the General Service Corps and was posted to The Black Watch.

He later volunteered for airborne forces in 1943.

He was posted to 6 Platoon, B Company, 7th (Light Infantry) Parachute Battalion and saw active service in Normandy, the Ardennes and on the Rhine Crossing.

Lance Corporal Sanderson was Killed in Action on 27 March 1945. He was finally laid to rest at Reichswald Forest War Cemetery 30 April 1947. 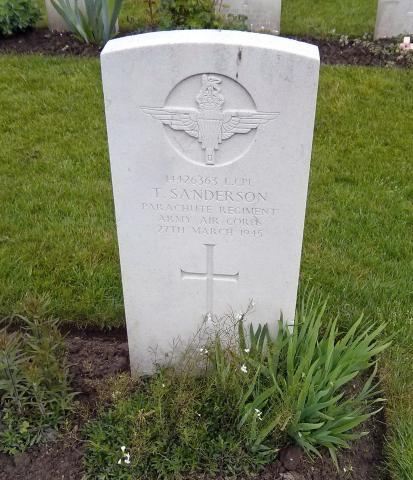