Thomas Owen Tippett, son of Edward Foulkes and Anne Mary Tippett, of Dolgelley, Merionethshire, enlisted into the 10th Battalion The Royal Welch Fusiliers and stayed with them when they became 6th (Royal Welch) Parachute Battalion.

Private Tippett undertook parachute training on course number 23 at RAF Ringway from 17 to 23 August 1942 and was posted to B Company, 6th (Royal Welch) Parachute Battalion.

He took part in the amphibious landings in Italy in September 1943, on board a mine layer, HMS Abdiel. Unfortunately, HMS Abdiel struck a mine in Taranto Harbour causing significant casualties and loss of life, including Pte Tippett.

Pte Tippett died at sea on 10 September 1943, aged 21. His body was recovered and buried in a common grave at Taranto. He was later identified and re-interred in Bari British Military Cemetery on 20 October 1944. 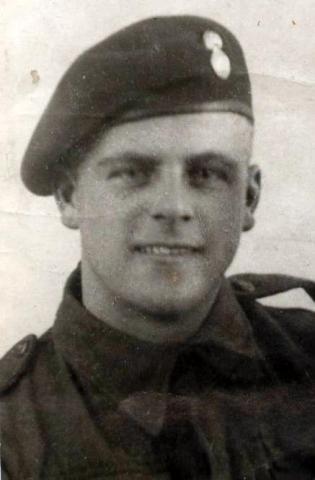