Thomas Emyr (Tom) Davies, came from Neath in South Wales. He volunteered to join the airborne forces in World War II, after joining up with the South Wales Borderers in October 1939 at the age of 20, and qualified as a miltiary parachutist on Course 25 which ran at RAF Ringway from 31 August to 9 September 1942.

He subsequently served with 1st Parachute Battalion, first in North Africa and then took part in the invasion of Sicily in July 1943 (although mechanical failure of his transport plane forced him back to North Africa).

On 14th September 1944, Tom parachuted into Arnhem during Operation Market Garden, as part of 10 Platoon T Company, 1st Battalion. After fierce fighting through the town which was aimed at securing the bridge over the Lower Rhine for the forward advance of Allied troops, many paras were captured. Tom was wounded in the leg and taken prisoner.

After being held in Stalag IV B in Muhlberg-on-Elbe, he escaped with other prisoners in April 1945, after it became clear that their camp would be liberated by Russian troops rather than the Americans. Making for Brussels in Belgium he and his companions were eventually picked up by American troops and taken to their base at Kassel. He reached Brussels on 8th May 1945 - VE Day - and joined the celebrations of the end of the war in Europe.

Back in Wales, Tom worked for most of his life at the steel works in Port Talbot. He married Doris Scourfield in 1946 and they had two children, Pamela and Stephen.

In the early eighties, Tom decided to record his memories of his time in the forces during the war and wrote them down in the form of a narrative from 1939-1945. He died in 1986, aged 68, after a long illness caused by hepatitis contracted when in prisoner-of-war camp.

His son has added Tom’s memoirs to the BBC People’s war website so that they can be shared with others: http://www.bbc.co.uk/ww2peopleswar/user/89/u1127889.shtml

Compiled for ParaData by Harvey Grenville, based on a narrative prepared by Doris Davies 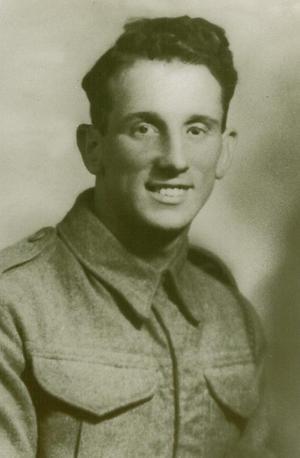