Thomas Bailey was born on 19 November 1915 in Yorkshire.

He enlisted into the King’s Own Yorkshire Light Infantry in 1943, and volunteered for The Parachute Regiment in 1944.

Private Bailey attended Parachute Training Course number 113 at RAF Ringway, between 24 April and 7 May 1944. His course instructor noted that he was ‘average, keen and confident’.

He was posted to 6 Platoon, S Company, 1st Battalion, and on Sunday 17 September 1944, jumped into Arnhem as part of Operation Market Garden.

Private Bailey was killed in action on 18 September 1944, aged 28. He was given a field burial in the Moscowa General Cemetery at Arnhem, before being moved to his final resting place at Oosterbeek Cemetery.

Private Bailey left behind him a wife and two sons. 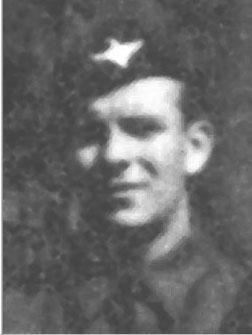