Terence Otway was born in Cairo, Egypt, in 1914 and educated at Owen College and the Royal Military Academy, Sandhurst. He was commissioned into the Royal Ulster Rifles in 1934 and served in Hong Kong, Shanghai, India and the North West Frontier. In September 1939 he became Adjutant and in 1940 the Battalion returned to the UK.

In December 1940 1 RUR was warned that it was to become Airborne. Terence Otway was promoted Major to command an armoured reconnaissance unit and convert it to an Airborne role. On being posted to the Staff College in June 1941 Otway handed over command to Major Freddie Gough.

In December 1941 he went to Iceland as Brigade Major of 147 Brigade which returned to Wales in June 1942. This was followed by a posting to M01 War Office as senior GS02 responsible for briefing the Director of Military Operations and the CIGS for the daily War Cabinet Meetings.

He rejoined 1 RUR in July 1943 as a Company Commander and was then sent to the 9th Battalion The Parachute Regiment as second-in-command. He was promoted to Lieutenant Colonel and took command of the battalion early in 1944 and was immediately involved in planning the Merville Battery Operation to support the Normandy landings.

After taking the Merville Battery, his battalion pushed into Le Plein, where it encountered stiffening resistance and, despite their depleted numbers, took the Chateau St Côme on the ridge. Shortly after, he was wounded and evacuated to hospital. In October 1944, medically downgraded, he went to MT6 War Office, responsible for the Army side of inter-service air training.

In May 1945, fit again, he went to India to form the 15th Battalion, the Parachute Regiment in 44 (later 2) Indian Airborne Division.

In August 1945 he became GS01 (Operations) (Chief of Staff) of the Division. Most of his time was taken up with organising the relief of Allied Prisoner of War Camps all over the Far East and in planning for the partition of India.

He left the Army in 1948 and went into business, spending a year in Africa with the Colonial Development Corporation before returning to the UK and going into publishing and marketing. Later he started his own business retiring in 1979.

From 1968 to 1972, as Colonel X, he fought the Government successfully over a number of cases where parts of war disability pensions had been withheld, for no reason, for over 20 years. During retirement he devoted much of his time in helping members of the Armed Forces, successfully taking up cases of men who were seriously injured on duty to whom the Government had refused compensation.

In 1990, to mark the 50th anniversary, Lt. Col. Otway co-operated with the Imperial War Museum to produce a public edition of his originally restricted official history.

He was awarded the Legion d’Honneur in 2001.

Lieutenant-Colonel Terence Otway, who died on Sunday aged 92, led the 9th Parachute Battalion in operations on D-Day and was awarded the DSO. 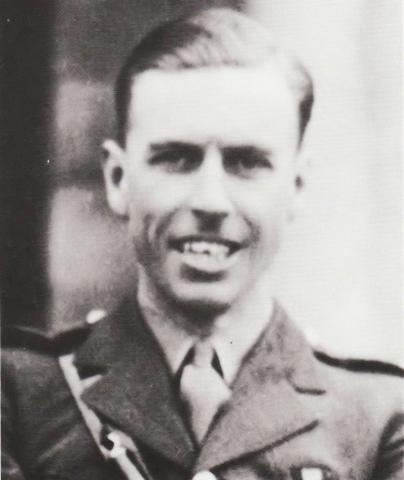