Private Sydney Allen was the son of Montford Hartup Allen and Annie Allen, of Birkenhead.

He served with the Royal Artillery prior to volunteering for airborne forces in 1943.

Pte Allen qualified as a military parachutist on course 62, which ran at RAF Ringway from 26 April to 4 May 1943 and was posted to the 2nd Parachute Battalion.

He took part in the Italian campaign later that year and deployed to Arnhem as part of the Signals Platoon in HQ Company during Op Market Garden the following year.

Members of HQ Coy initially occupied houses near the bridge until forced to withdraw by a German tank, which destroyed the houses.

Pte Allen was one of several members of the battalion who were captured by the Germans while trying to make their way back to the defensive perimeter established by the British 1st Airborne Division at Oosterbeek.

He was later put on a truck bound for Zutphen along with other captured airborne personnel. When Majors Tony Hibbert and Dennis Mumford escaped from the truck at Brummen, an SS guard opened fire on the remaining occupants all of whom were unarmed. Six soldiers were killed, including Pte Allen who died instantly. 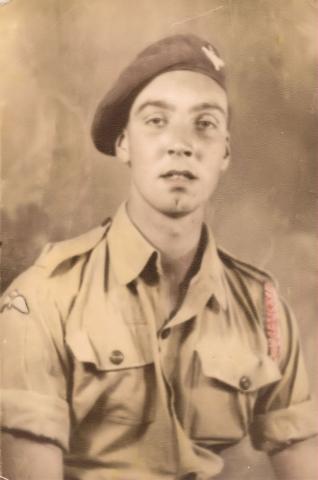