Stuart joined 406 Plt at depot Para Aldershot in 1974  He was posted to 2 Para on completion of parachute training at RAF Abingdon Stuart served in 2 Para until leaving in Sept 1978.

As part of Signals Plt served in the Command Post, followed by B Coy Signals Det Comd.

Towards the end of his military career he was a CO’s radio operator, first with Lt Col Taylor and then with Lt Col Thompson.

Berlin from 1977 until leaving.

Stuart also served in other places in between, including: Norway, and Warminster for my signals class 1 and drill and duties for his L/Cpl. 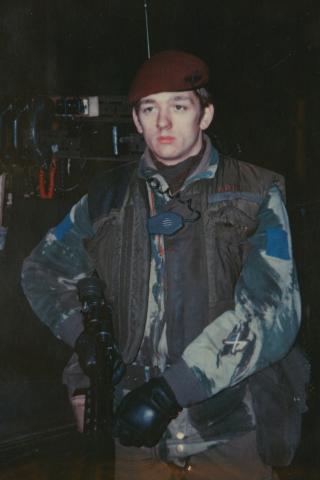