Corporal Stewart Peter Frank McLaughlin, from Wallasey, Merseyside, served with The 3rd Battalion The Parachute Regiment (3 PARA) and took part in the Falklands campaign in 1982.

Corporal McLaughlin was a Section Commander in 5 Platoon, B Company, 3 PARA which led the main assault on Mount Longdon.

He died during the battle on 12 June 1982, aged 27 years old, and is now buried at Rake Lane Cemetery, in Wallasey, Merseyside. 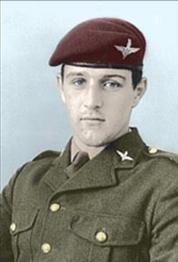