Stephen Ronald Prior was born on 10 September 1954 in Brighton, East Sussex to parents Ronald and Rita Prior, the fifth of seven siblings. He was educated locally at Lower Bevendean Infant and Junior Schools, then Westlain Grammar School, leaving with a number of O-levels aged 16.

Stephen joined the British Army around 1973 and proudly became a member of the 2nd Battalion The Parachute Regiment.  He was on leave when news broke of the Argentinian invasion of the Falkland Islands and immediately prepared to return to the regimental barracks at Aldershot, telling the family that the Paras would be 'the first to go in'.

He was subsequently killed by sniper fire while attempting and succeeding (in the company of his close friend and colleague Corporal David Abols), to drag and rescue A Company colleague Private Worrall, badly wounded and in great agony, to a place of safety.

'Stevie' died during the great battle of Goose Green serving with A Company, led by Major Dair Farrar-Hockley MC (now Major-General, retired) on 28 May 1982, aged 27 years.

Cpl Prior is buried at Aldershot Military Cemetery.

Sadly, Stephen's nephew, Daniel Prior, was also to die on active service with the Parachute Regiment in March 2011.

Bob Prior remembers his brother Stephen who was killed at Goose Green, Falkland Islands.

Steve was a quiet, rather mysterious child who did not show his feelings. He enjoyed play, but even this was serious. 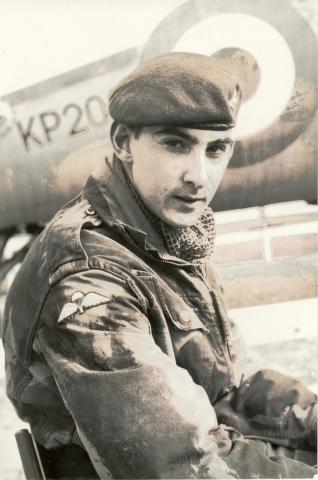