He subsequently enlisted in the Royal Engineers in November 1984, and later served as a Bomb Disposal Officer with 49 Field Squadron (EOD) RE. He left the Army on completion of 22 years colour service, which included operational tours to Northern Ireland and Iraq, in December 2006.

He is now a Senior Site Manager in the construction industry. 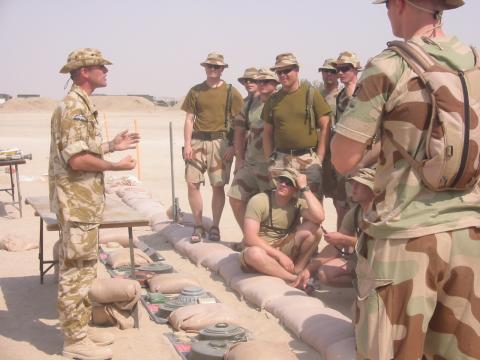