Lance Corporal McKee, aged 27, came from Banbridge in County Down, Northern Ireland. In 2003 he joined 3rd Battalion, The Royal Irish Regiment as a part-time soldier. When the Home Service were disbanded he decided to transfer to 1st Battalion, The Royal Irish Regiment and he joined them at Tern Hill, Shropshire, in April 2007. Lance Corporal McKee was posted to B Company, where he served with distinction for 3 years before moving to the Machine Gun Platoon in D Company in 2010. He first deployed on Op HERRICK 8 in March 2008 and was quickly recognised as a fine soldier, trustworthy and courageous. Lance Corporal McKee always had time for everyone. He was a family-man and showed enormous strength, particularly during a very difficult time last year when his two-day-old daughter passed away. Lance Corporal McKee had strong family connections with the regiment, with two brothers, a cousin and his father-in-law all serving in the First Battalion, and with another brother serving in the Second Battalion. Lance Corporal McKee was killed when during an operation to disrupt insurgent activity in the northern Dashte area of Nad 'Ali district his vehicle struck an improvised explosive device.

The wife of Lance Corporal McKee, Carley McKee, said: "You will always be my hero and every step I take in life, I will have my two angels looking after me. 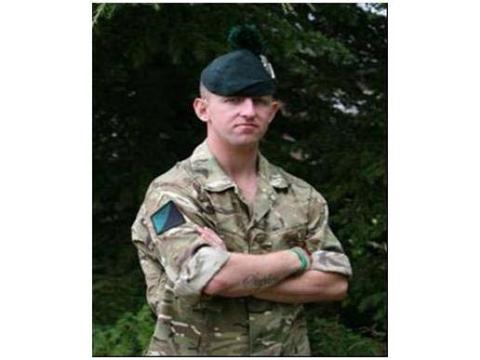