After undertaking P Company with 465 Platoon, Private Gibson Passed Out on 5 December 1980. He was posted to the 2nd Battalion, The Parachute Regiment (2 PARA) in January 1981 and went on tour to Denmark and Kenya later that year.

In April 1983 Pte Gibson went on a six month tour to Belize and in February 1983 to the USA on exercise.

Private Gibson was posted to The 3rd Battalion The Parachute Regiment (3 PARA) in 1985. He represented them in Boxing, winning 3 PARA and Aldershot Garrison Heavy Weight Championships.

Lance Corporal Gibson went on to serve on a United Nations Peace Keeping tour of Cyprus, three tours on Operation Banner (Northern Ireland) and more exercises in Kenya and the USA.

During his service as well as boxing he represented both battalions at several other sports including football, rugby and cricket. 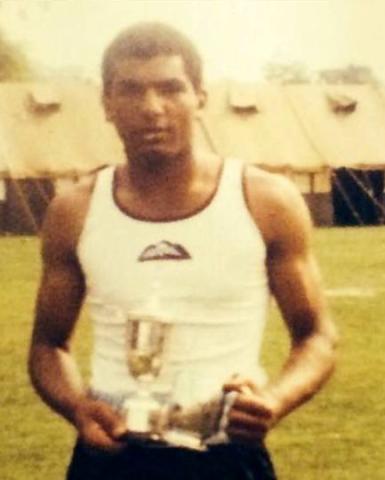