Stephen Eric West enlisted into the Royal Engineers in November 1966. He transferred to 44 Parachute Ordnance Field Park, RAOC (V) in February 1969 and qualified as a military parachutist later that year.

Pte West left the Army in September 1972 but re-enlisted in August of the following year.

He served with 44 Parachute Ordnance Field Park, RAOC (V) until it was disbanded on 31 March 1978 along with 44th Parachute Brigade (V). 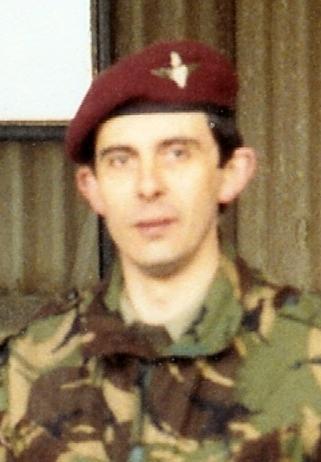