He died on 21 September 1944, aged 20 years old. He is now buried at Oosterbeek War Cemetery, Arnhem. 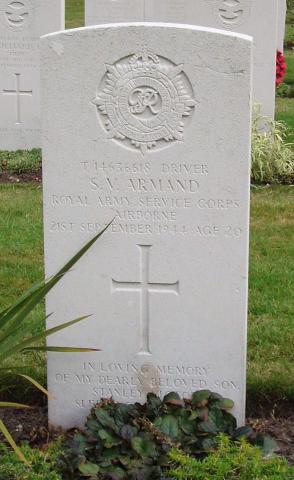