Stanley Livingstone Hannan Growdon was born in October 1918, and served in the South African Army. He was seconded to serve with British Airborne Forces during the Second World War.

It is believed he was originally seconded after answering a call for volunteers to join Airborne Forces, training in Acre, Palestine (modern day Israel) in late 1943. Records suggest he served with 6th (Royal Welch) Parachute Battalion from around Winter 1943-4, who were deployed in Italy at the time.

He may have taken part in the parachute drops to Southern France (during Op Dragoon) and later Greece (Op Manna), to help secure the region as German forces began to withdraw and the country was threatened by civil war.

As the war came to an end, it appears likely that Stanley Growdon left British Airborne Forces to continue his military career in the South African Army. 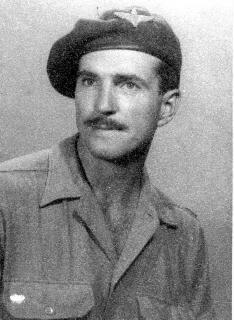