Pte Stanley Kimber enlisted on the 14 September 1944 in to the Buffs, before transferring to B Company, 2nd Battalion The Ox and Bucks (LI). He arrived with the Ox and Bucks shortly after the Rhine Crossing, having travelled overland across Belgium to Germany. Having prepared to go to the Far East, Pte Kimber was sent instead to Palestine. When the Ox and Bucks disbanded Pte Kimber decided to complete his jump training in order to stay with the Airborne Forces. He completed his Parachute training on the 11 August 1946 and was posted to 6th Airborne Division Headquarters as Batman to Brigadier Lathbury. He left the army at the end of 1947 on returning to the UK.
Read More 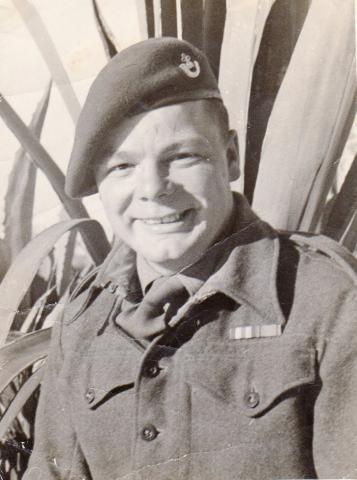