He was awarded the DFM for his actions in Normandy piloting a heavily overloaded glider under flak to the Orne River Bridge, carrying Lt Tod Sweeney and No 5 Platoon 2 OBLI, and landing within a few hundred metres of the bridge.

The award was confirmed in the London Gazette on 19 October 1944 and the citation records:

“Sergeant Pearson was one of the glider pilots selected for the coup-de-main assault on the Benouville DRS on 6th June, 1944. It was known that the approaches to the DRS were obstructed against airborne landings and defended in strength. Staff Sergeant Pearson volunteered for this duty and cheerfully agreed to land on the best place tactically, irrespective of the obstructions to flying. He carried out his task with great accuracy. Throughout the journey, through his cheerfulness and confidence, he was a great encouragement to his passengers. By his skill and courage, the successful accomplishment of a difficult and hazardous task was made possible.”

He later took part in the Battle of Arnhem and, along with the remnants of the British 1st Airborne Division, safely withdrew on the night of the 25/26 September 1944 to avoid capture.

For Operation Varsity, the assault to secure the Rhine Crossings into Germany in March 1945, he piloted a Hamilcar Glider 272 complete with Bren Gun Carrier, ammunition trailer and personnel from 716 (Airborne) Light Composite Company. 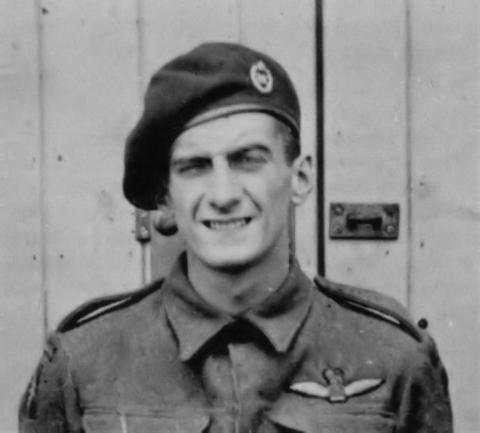