After volunteering for airborne forces, Private Wallace served with the Oxford and Buckingham Light Infantry, 2 Battalion.

Pte Wallace took part in Operation Varsity and was killed on the 17 April 1945 an is now buried in Hanover War Cemetery, Germany. 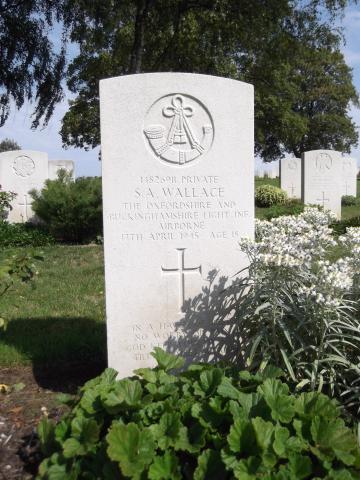