Sidney Thomas Stride was born on 1 February 1910 in Wolverhampton. In 1932, he married Amy Stride, and they went on to have two children, Iris and Malcolm.

Sidney initially joined the Army against the backdrop of the Battle of Britain in July 1940, and was posted with the South Staffordshire Regiment. By the end of 1942 however, he transferred to Airborne Forces.

Sidney served as a Lance Bombardier in 3rd Airlanding Anti-Tank Battery RA, later part of 2nd Airlanding Anti-Tank Regiment RA, which provided Anti-Tank support for 6th Airborne Division. During his service, he took part in the Normandy landings in 1944, the deployment to the Ardennes in Winter 1944-5, and the Rhine Crossing on Op Varsity, followed by the Advance to the Baltic in Spring 1945. Sidney remained in service after the end of the War in Europe, before he was finally demobbed in February 1946.

Leaving the Army, he began a civilian career and brought up his family. In later life, Sidney also had two grandsons, Paul and Andrew. 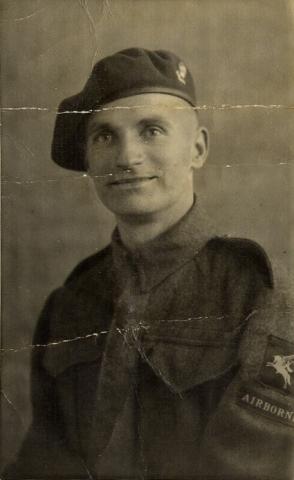