Sidney David Joined the RAFVR on the 5 May 1941 after already serving for several years in the Army.

During his time at Ringway Sidney trained many airborne forces including the SAS and SOE agents, many of them making the ultimate sacrifice.

Sidney was an unarmed combat specialist and also features on the front cover (and in) "Attack & Defence, Unarmed Combat in Pictures" Longmans, Green (January 1, 1942), a training manual designed to be used by serving personnel as well as the home guard and civilians in the event of an invasion.

After the war he settled in Coventry, West Midlands with his beloved wife Olive, they had two children Patricia and June.

Sidney passed away after an illness in 1975; he was awarded the Defence medal and the 1939-1945 War Medal in 2021 after a successful application to the MOD by his Grandson

Created with an image and information kindly provided by Simon Jones. 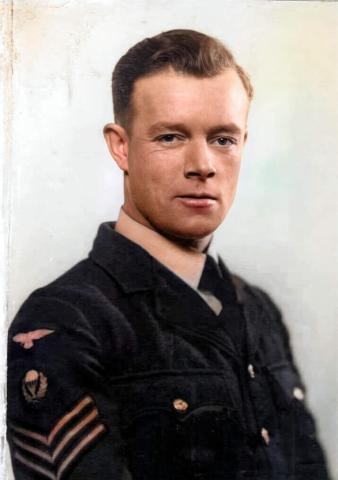