Samuel Lawrence Byrom was born on 30 January 1918 in Glossop, Derbyshire. In 1939 he married Glenda Eileen Hallam, with whom he had three children.

Private Bryom enlisted into the 1st Battalion The Border Regiment on 15 March 1940.

He embarked for North Africa in May 1943. During the invasion of Sicily, Pte Byrom landed in the sea and spent 18 hours before being rescued. He returned to the UK in December 1943.

Pte Byrom embarked for Norway in May 1945, returning to the UK in September 1945.

In October 1945 Pte Byrom was granted glider pay and embarked for Europe with the British Army of the Rhine. He returned to the UK in January 1946, and was demobilised in February 1946.

By Rebecca Blackburn with information supplied by Ian Wilcox 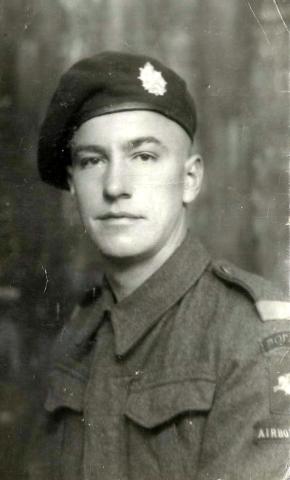