Samuel 'Stan' Kerr enlisted into the 2nd Battalion, The South Wales Borderers. As a result of missing the Normandy landings due to hospitalisation he volunteered for airborne forces and was transferred to the 12th Parachute Battalion in August 1944.

He joined the battalion in Normandy on 18 August 1944, as part of a reinforcement party comprising of 5 officers and 80 other ranks. Shortly after their arrival the battalion engaged in fighting at the village of Putot-en-Auge.

After advancing to Vieux Bourg, the battalion refitted and rested at Frenouville, embarking for the UK on 3 September.

On conclusion of the battalion's block leave,  'Stan' attended Parachute Course 135, which ran at RAF Ringway from 25 September to 7 October 1944. The course instructors notes record that he "improved greatly during the course".

He was deployed to the Ardennes, for the 'Battle of the Bulge', during the Winter of 1944-45. Shortly after returning to the UK from the Ardennes he was admitted to hospital and later joined the battalion in Germany, during the advance to the Baltic.

He embarked for South East Asia on 19 July 1945. As part of 5th Parachute Brigade, the battalion was deployed to Singapore and Java for internal security and relief operations. According to the testimony of ex Leading Wireless Operator William Ledger, the 12th Bn was brought back to Singapore from Java onboard the Royal Naval vessel LST3036.

Mr Ledger, later recounted to Stan's son that the troops were mainly in good health and were very welcome onboard, as they brought with them large wooden crates of rations. These crates were full of various tinned foods with small heaters to warm up the food. The 12 PARA lads shared these rations with the sailors, which were better than the food on board, according to Mr Ledger's account!

The battalion rejoined 6th Airborne Division in Palestine in 1946, and 'Stan' was demobilised on 28 June 1946, shorlty before the battalion's disbandment.

Compiled by ParaData Editor with the kind assistance of Colin Kerr. 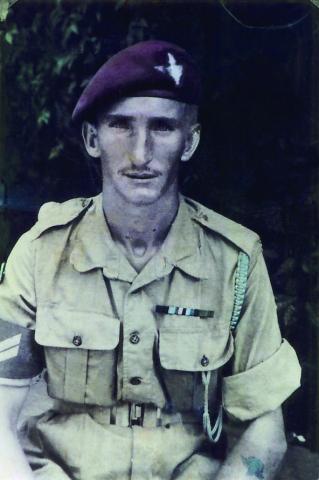