He volunteered for airborne forces when the 10th Battalion The Royal Welch Fusiliers converted to an airborne role in August 1942, becoming The 6th (Royal Welch) Parachute Battalion. He undertook parachute jump training on course 23 from 17-23 August 1942.

He died, aged 26, on 12 July 1944 and has no known grave, he is commemorated on the Memorial to the Missing at The Brookwood Military Cemetery, Surrey. 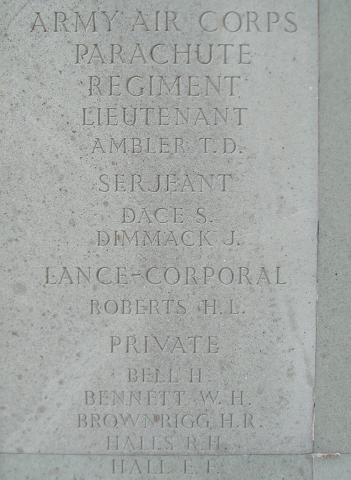