Ron, my Dad, joined Airborne Forces to join 12th (Yorks) Battalion and qualified on completion of Parachute Course 87 at RAF Ringway in late October 1943. During the Second World War, 12th Battalion was part of 5th Parachute Brigade, raised to form part of 6th Airborne Division in 1943 for operations in North West Europe which would be mounted from 1944.

It is thought he may have risen to the rank of Sergeant Major, although this is currently unconfirmed. 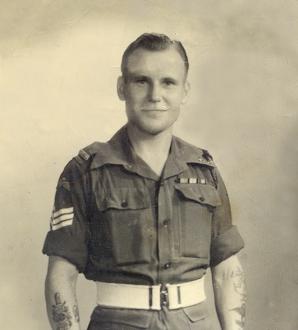 Michael Kerton said:
I just found a note written by my late father. It simply read "10AM 24 March 1945 jumped across Rhine Germany" Dad never really talked much about his experiences as a para. His view was the real heroes where those who had died. I do remember dad mentioning the gliders. Of course we now know he was referring to The Rhine crossing (Operation Varsity).