Private Ronald Arthur Reginald Gear was born on 8 May 1923 to Reginald and Rose Gear from Allbrook, Hampshire. At the age of 18, Ronald joined the 1st Battalion, Hampshire Regiment, before volunteering for the Airborne Forces in April 1943. The following month on completion of his Parachute Course at Ringway, he was described as a 'team worker' that had 'done well'.

On completion of his course Private Gear was posted to 1st Battalion The Parachute Regiment. He began active service overseas in North Africa and took part in the Italian campaign of 1943 before being withdrawn back to the UK. By September he was part of 2 Platoon, R Company and on 17 September 1944 Private Gear made his first jump into action when the Battalion parachuted onto Renkum Heath, west of Arnhem with the 1st Airborne Division.

During the battle for Arnhem, Private Gear was wounded in the arm, chest and leg and was taken Prisoner of War. He was sent to Stalag XI B from which he sent a steady stream of letters and postcards to his family. In these letters he tries to reassure his family that he is healing and regularly asks the family to send him cigarettes which he states has become like gold in the camp. The last correspondence his parents receive from him is a postcard dated 11 March 1945 where he tells them he is 'keeping OK' and it 'won’t be long now'.

However conditions in the camp were poor and on 11 April 1945 Private Gear died of Cerebral Spinal Meningitis, aged 21 years old. Stalag XIB was liberated just a few days later on the 16 April 1945. The War Office wrote to his parents on 31 July 1945 to inform them of his death at the Reserve Hospital at Wolfenbuttel, Germany. He is now commemorated on the Memorial at Groesbeek Canadian War Cemetery, near Nijmegen. 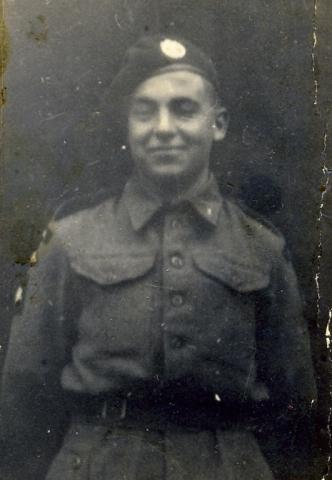