Lt Ronald Lewis Bolton was the son of Mr and Mrs Lewis W Bolton, of Walthamstow, Essex. Ronald was a clerk before enlistment.

He was granted an emergency commission with The Hampshire Regiment on 12 July 1941, as a 2nd Lt, after completing training at an Officer Cadet Unit.

He went on to then serve with 152nd Indian Parachute Battalion, Campbellpore from  22 March 1943. He was killed on the first day of the Battle of Sangshak.

Lt Bolton died on 19 March 1944 and is commemorated on the Rangoon Memorial at Taukkyan War Cemetery, Burma.

By ParaData Editor, with information and images kindly supplied by John Bolton 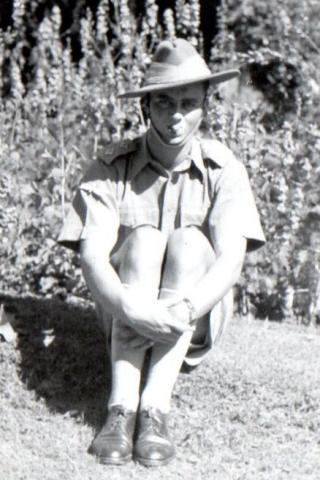