Ronald CW Sharlott, was brought up in a rural setting, where he learned how to shoot and live off the land. He was educated at Beardsley Clinton school in Warwickshire.

After serving with The South Staffordshire Regiment he volunteered for the airborne forces. He was parachute jump trained at RAF Ringway on Course 102. This Course ran from 7 to 18 February 1944. His instructor noted this about Ronald's performance:

He then became a member of The 21st Independent Para Coy, 3 Platoon and saw action on Op Market Garden. He was wounded and then captured by the Germans and held in Stalag IIB. His POW number was 117627.

His profile picture was probably taken in England 1944. 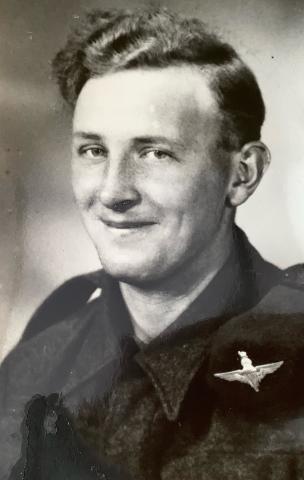