Roland Gordon Edwards came from Worcestershire and served in his local regiment prior to volunteering for airborne forces in World War II.

He qualified as a military parachutist on course 134 which ran at RAF Ringway from 18 September to 5 October 1944 and later served with 7th (Light Infantry) Parachute Battalion in Headquarters Company.

He was killed during the first day of the operation to establish a bridgehead over the Rhine, Op Varsity. 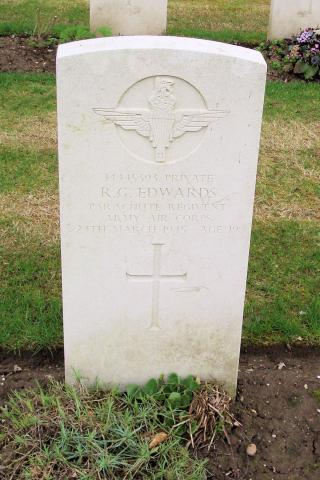