Roger William Taylor was born in Shipton House, Downham, Norfolk, in the spring of 1939.

Roger was called up for National Service July 1958. In December 1958 on course 477 at RAF Abingdon he successfully completed his parachute jump instruction and joined 23 Parachute Field Ambulance. Roger was trained as an operating theatre technician, whose job was to parachute in and set up a basic surgery facility on the front line. Flying in aircraft  effected his hearing, and a few heavy landings injured his back.

He saw active service with the Paras in: Borneo Kuwait Bahrain and Cyrus with the United Nations. Non active service North Africa, Germany, Australia, Cyprus, Greece and Malaysia where his son Jason was born.

Roger was also trained to operate with Special Forces, and went on several operations in 1968 with them as part of field support.

After his last posting to the British Military Hospital in Malaysia he discharged from the British Army in 1968 as a Sgt.

Upon emigrating to Australia, times were difficult and Roger couldn't find employment. He needed to support his family and so decided to join the Australian Army on the 14 Jan 1969. Initially as a corporal due to his operational experience with the Paras, but was soon promoted to the rank of Sgt.

In 1969 he was posted to the Army School of Health, in Healesville. He then went to Vietnam 1970/1971 just as his youngest son Philip was born.

Roger specialised in Medical Technical stores for Field hospitals in the Australian Army Medical Corps and finally became a Quartermaster. In 1971 he was posted to 3 Camp Hospital in Puckapunyal and promoted to WO2 1972. In 1975 he served time in Canberra, personnel branch. During 1984 he was posted to 2 Military Hospital and 1 Field Ambulance in Ingleburn. Here was the PMC of the Sgts mess.

He was a granted a commission after attaining a WO1 and commissioned as a captain in 1986, and in charge of the Royal Quarter master Store

Some of his honours and awards include: 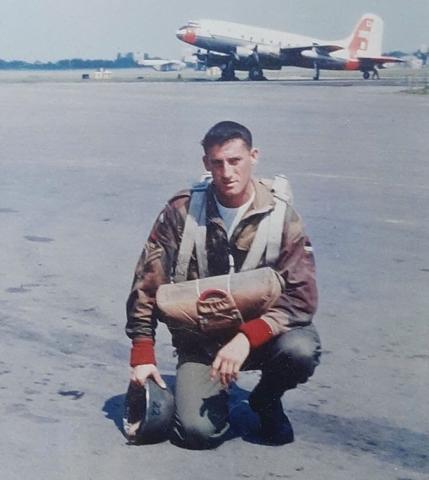