Robin Michael Andrews served in the Junior Parachute Company prior to completing basic training with Platoon 289 at Depot, The Parachute Regiment and Airborne Forces, in 1965.

Pte Andrews was onboard a Hastings aircraft for his qualifying jump at RAF Weston on the Green, when it crashed shortly after take-off killing all 41 occupants on board. 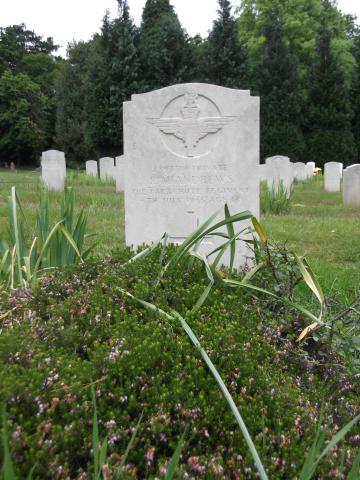 JOHN CHRISTOPHER KELLY said:
Robin was a fine fit young man who would have been a great asset to the regiment. His loss was a great blow to all who knew and served with him in the Junior Parachute Coy, Depot PARA.
Christopher Andrews said:
Robin was a school friend of Michael Walker, also from Mirfield, West Yorkshire. Robin and Mick joined the Paras together as junior soldiers and died together on 6th July 1965.
barryandrews1 said:
I was serving in Bahrain with 1 Para when I got the sad news , that brother Robin was on board the Hastings that crashed killing all . The CO of 1 Para flew me home the next day. Thank you so much. Major Barry Andrews
Barry Andrews said:
My brother Robin was about to join me in 1 Para in Bahrain, sadly I had to fly home for the funeral of all the boys that were killed on that fateful crash. Major Barry Andrews
Add your comment